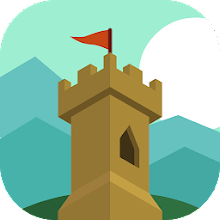 Empire Manager is an brand new strategy game based on the famous ...

Empire Manager is an brand new strategy game based on the famous CivClicker web game by David Stark (dhmholley.co.uk).

** Important information **
We respect our gamers and this game DOES NOT HAVE ANY pay-to-win options such as gems/coins/currency/etc that can be bought with in-app purchases. However, we do have ads to support this free game (which can be removed with a one time payment).

** About the game **
In Empire Manager, you start with a tiny village and develop it into a sprawling empire.

Take your settlement and turn it into a village, town, city, nation and ultimately a world empire.

The Battle of Polytopia