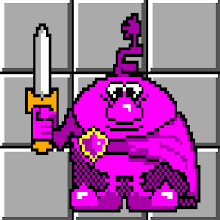 Here it is! Demo version of the popularly beloved game of balls ...

Here it is! Demo version of the popularly beloved game of balls remake.
!!! ATTENTION !!! In demo version, the maximum number of points is limited to two hundred (200).

The first implementation of the Color Lines game was created in 1992 for the DOS system by Russian developers.
For almost 30 years of the game's existence, countless number of clones and imitations have been released, but none of them (including the super popular Lines'98) could convey the true spirit and recreate the atmosphere of the original game.
In this implementation of the game for the Android system, all the rules and features of the original were taken into account, as well as some functions were added that contribute to a comfortable gameplay on modern devices.

#Game goal
Line up at least five balls of the same color in horizontal vertical or diagonal direction to make them explode and to score.
Player have to move any ball per turn to a new place. It can be done only if there is a path of vacant cells.
Three new random color balls appear on the board in random positions every turn except for moves that result in an explosion of the line.
When board is full game ends.

Recommendations from the best ball players!
We wish you a pleasant game.

Find The Differences - The Detective