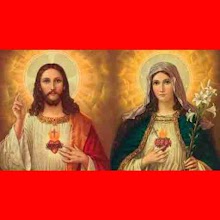 Nicodemus (/ˌnɪkəˈdiːməs/; Greek: Νικόδημος, translit. Nikódēmos) was a Pharisee and a member of the Sanhedrin mentioned in three places in the Gospel of John:

He first visits Jesus one night to discuss Jesus' teachings (John 3:1–21).
The second time Nicodemus is mentioned, he reminds his colleagues in the Sanhedrin that the law requires that a person be heard before being judged (John 7:50–51).
Finally, Nicodemus appears after the Crucifixion of Jesus to provide the customary embalming spices, and assists Joseph of Arimathea in preparing the body of Jesus for burial (John 19:39–42).
An apocryphal work under his name—the Gospel of Nicodemus—was produced in the mid-4th century, and is mostly a reworking of the earlier Acts of Pilate, which recounts the Harrowing of Hell.

Although there is no clear source of information about Nicodemus outside the Gospel of John, Ochser and Kohler (in an article in The Jewish Encyclopedia) and some historians[1] have speculated that he could be identical to Nicodemus ben Gurion, mentioned in the Talmud as a wealthy and popular holy man reputed to have had miraculous powers. Others point out that the biblical Nicodemus is likely an older man at the time of his conversation with Jesus, while Nicodemus ben Gurion was on the scene 40 years later, at the time of the Jewish War.

All In One Status Saver